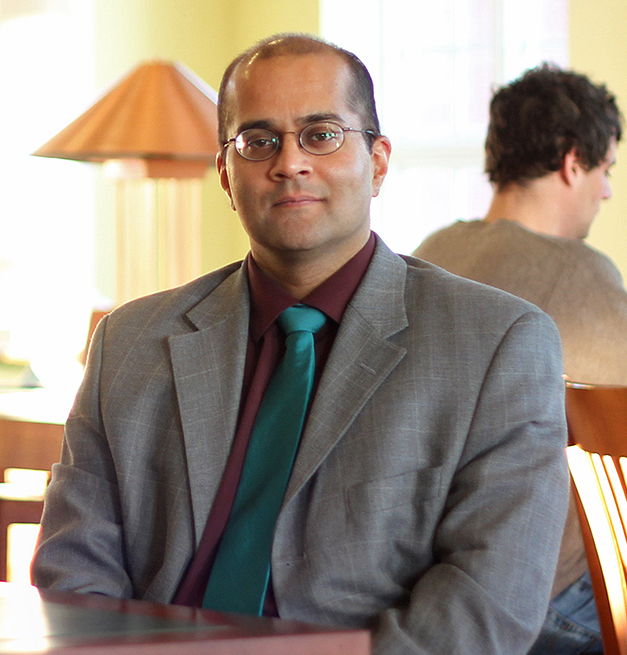 Shaun Narine was born and raised in Alberta, Canada. He earned his first two degrees at the University of Alberta in Edmonton, where he did a B.A. Honours in Political Science and a M.A. Thesis in Political Science. The topic of his Honours thesis was “Political, Religious and Human Rights in Revolutionary Nicaragua"; the topic of his Master’s thesis was “Hedley Bull and Justice in International Relations.” He continued his education at the University of Toronto, where he completed his Ph.D. in 1998. The topic of his dissertation was “The Evolution of ASEAN.” From 1998-2000, Dr. Narine worked at the University of Alberta as an International Relations Officer and a Visiting Professor. In the summer of 2000, he was a Visiting Fellow at the East-West Center in Hawaii. From 2000-2002, he was a Killam Postdoctoral Fellow at the University of British Columbia. In 2002, he began teaching at St. Thomas University.

Dr. Narine has written extensively on the Association of Southeast Asian Nations (ASEAN) and other institutional arrangements in the Asia Pacific. He has also written on Canadian foreign policy in the Middle East, humanitarian intervention, and normative change in the international system. Dr. Narine has published two books (Explaining ASEAN, 2002 and The New ASEAN in Asia Pacific and Beyond, 2018) and is currently working on one other book re: Canada’s relations with China, as well as numerous articles related to shifting balances of power in the global community. His academic interests include the politics and history of the Asia Pacific, the Middle East, and Canadian foreign policy.