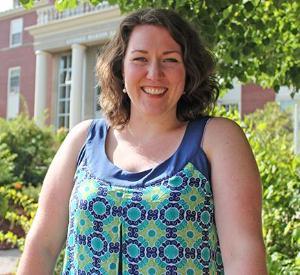 About: Before coming to the Writing Centre, Heather taught Adult Education, and was also the Learning Strategist at STU for 3 years. Her father graduated from STU in 1974, so she is a second generation STUdent, and feels like this is home. When she is not working with words, Heather is running after her adorable twin girls.

Random Fact about Heather: She plays tin whistles and sings in a Celtic folk band. She recently bought an accordion and is taking lessons.

About: Brandon is a fourth-year student honouring in Criminology and Criminal Justice and minoring in Human Rights. His thesis topic involves studying sentencing severity in HIV non-disclosure cases. In his free time, Brandon is probably listening to pop music or planning what concert to attend next.

Random Fact about Brandon: Brandon’s guilty pleasure is his obsession with Taylor Swift. He also held Christina Aguilera’s hand at a concert this past summer!

About: Elizabeth is in her fourth year honouring in Human Rights and majoring in both Great Books and Political Science. This is her second year working as a writing tutor. Some of Elizabeth’s favourite reads are Homer’s Odyssey, MLK’s Letter From a Birmingham Jail, and Koestler's Darkness at Noon.

Writing Pet Peeve: Passive voice and the incorrect use of then/than.

About: Laura began her journey at STU in 2011 but decided to explore different paths after finishing her first year. After graduating from Eastern College, she worked in Family Services where she eventually discovered her passion for working with children with special needs. She gained her Registered Behaviour Technician certification from the BACB but wanted to take this career further. This led her to return to STU in 2016 to pursue an Honours in Psychology. After graduation she plans to attend graduate school to complete a MA in Applied Behaviour Analysis.

Random Fact about Laura: She loves to sing, and used to regularly play shows at the Cellar Pub.

About: Spencer's writing has appeared in several publications, most recently in Feels Zine: The Ageing Issue. He is a member of the Editorial Board for The Fiddlehead, the Regional Representative Coordinator for the Writers’ Federation of New Brunswick, and is originally from Sussex, NB. A featured Emerging Author at the 2017 Moncton Frye Festival, Spencer enjoys hiking, kayaking, and taking care of his many plants. Spencer is similarly involved in the STU community as a Peer Tutor for Aquinas & GRID, the President of the Great Books Society, and is an RA in Rigby Hall.

Writing Pet Peeve: Use (especially overuse) of the word "very" or the phrase "The fact that...".

Random Fact about Spencer: He has lived in every residence on campus (including Vanier).

About: Rebecca grew up in Fredericton, NB, and is in her fourth year at St. Thomas University. She is currently working towards completing an Honours in Psychology. She finds writing essays enjoyable and is excited to work with students this year at the Writing Centre!

Writing Pet Peeve: Using too many words as “fluff” while writing a paper.

Random Facts About Rebecca: She often snorts when she laughs too hard.

About: Alex is a fourth-year student who plans to pursue graduate work in Philosophy after STU. In the classroom, she spends time reading and discussing ideas. Outside of the classroom, Alex enjoys doing the same thing, in addition to painting portraits, watching movies, and playing with her cat, Dunkin.

Writing Pet Peeve: Inconsistent use of the Oxford comma.

Random Fact about Alex: She recently learned how to code and can build a decent website from scratch.