Thinking of asking the STU Alumni Association to sponsor your event? Please click HERE to see our Sponsorship Application Criteria.

Meet the STUAA Board of Directors 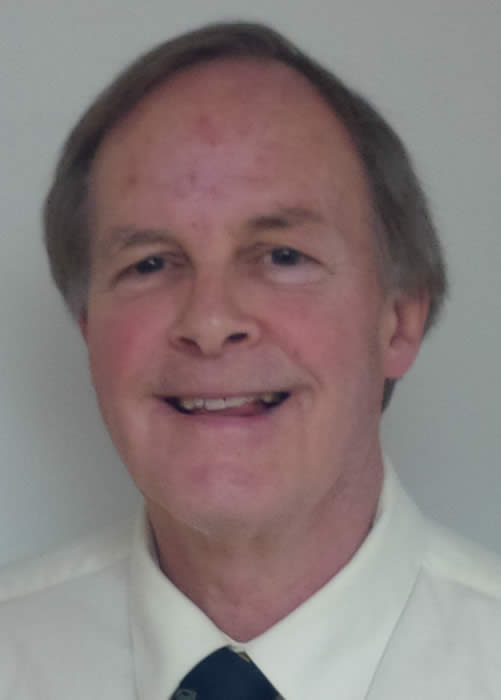 Dennis Livingstone, BA’ 73 - President (Riverview, NB)
Dennis Livingstone began his career as the Drama Resource Person to the provincial Department of Youth. While there, he worked with youth theatre groups in Moncton and Riverview. After completing a BEd and studying Music at the Royal Conservatory in Toronto, he taught Music in the west end schools of Moncton. In his thirty years as an educator, Dennis has conducted music and drama workshops throughout our country.

Don Bossé, BA’82, BEd’83 - Vice-President (Fredericton, NB)
Don is the director of music and Fine Arts Department Head at Fredericton High School. He is a lecturer at St. Thomas University and the founder and director of STU Jazz. In 2015 he was awarded the Lieutenant-Governor's NB Youth Orchestra Award for his leadership for the musical development of the youth of New Brunswick. In 2016 he was named MusiCounts Teacher of the Year, sponsored by the iconic rock group RUSH, and honoured at the 2016 Juno Awards.

Margie spent 40 years working in the electricity industry. After graduating from STU, she spent the bulk of her career working for New Brunswick Power, serving in many different areas. She also worked with the New Brunswick Systems Operator (NBSO). Since graduating in 1975, she has remained connected to the university community. She writes, “St. Thomas University has a ‘Past for Marking Futures’ and I am as proud of STU today as I was as a student.”

Suzanne Lalla-Murphy, BA’ 88 - Secretary (Fredericton, NB)
Suzanne works for Scotiabank and won the Best Employee of 2018 award. She enjoys spending time with her family and collecting stamps and old coins. She has been a volunteer in different foundations like the Heart and Stroke Foundation, Cancer Society, Diabetes NB and Big Brother Big Sister. She is also a member of the Royal Canadian Legion.

Steven Butler, BA ’14 – At Large Member (Saint John, NB)
Steven is a Licensed Counselling Therapist-Candidate and a Canadian Certified Counsellor-Qualifying residing in Saint John, NB. Originally from Bedford, NS, Steven was actively involved in Student Life for his four years at STU ranging from House Council, Residence Life, Admissions and Accessibilities, and the STUSU. Steven is also a Tom McCann Memorial Trophy recipient. STU holds a special place in Steven's memories and wants to give back to his alma mater that provided so much to him.

Dr. Dawne Clarke, BA'95 - At Large Member (Fredericton)
Dr. Dawne Clarke is a professor in the Department of Criminology and Criminal Justice. She earned a Bachelor of Arts from St. Thomas University and a Master’s of Arts and PhD in Sociology from University of New Brunswick. She has authored numerous reviews and book chapters, as well as a book, A Sociological Study of Scholarly Writing and Publishing: How Academics Produce and Share Their Research. Clarke has served on numerous university committees.

Robert Fisher, BA'80 - At Large Member (Burlington, ON)
After graduation, Rob started his career as an airline pilot in Abu Dhabi, U.A.E., where he flew the Twin Otter for Emirates Air Service. Returning to Canada in 1985, he was hired by Air Canada Jazz where he was a CRJ Regional Jet Captain based at Toronto Pearson. In 2016 he retired from Jazz. Originally from Fredericton, Rob lives in Burlington, Ontario and enjoys the Burlington Curling Club, Wine Club, and Harvest Jazz and Blues Festival.

Mary Beth Gorey, BA’75 - At Large Member - (Fredericton, NB)
During her 32 years in education, Mary Beth worked as a Speech-Language Pathologist (Univ. of Maine, B.Sc., ’80, MA, ’87) and then as a resource teacher in several districts in New Brunswick. She retired in 2012 though continues to help in the Student Accessibility office at STU. She enjoys volunteering, travel and participating in sporting activities.

Sheri Shannon, BA'00 - At Large Member (Sussex, NB)
Sheri has spent most of her career working in politics and has held several positions at both the provincial and federal levels over the years. She is currently the Business Development Manager for New Brunswick with the law firm McInnes Cooper. Sheri also has experience in the non-profit sector, she worked as Development Coordinator for both the New Brunswick Association for Community Living and the Stan Cassidy Foundation.

Currently working in government relations and completing a bilingual PhD in trans-Atlantic Nationalism at the University of Ottawa, Sabrina worked for almost a decade on Parliament Hill in Ottawa for MPs both in government and opposition from all over Canada. In her four years at STU, Sabrina was involved with STUISA, the Students’ Union, as well as the Political Science Society among the many clubs on campus, Model United Nations, and so on. In this new role with the Alumni Association Board of Directors, Sabrina is able to give back to her alma mater and contribute to the St. Thomas community more consistently, after a decade of being a liaison for Ottawa-based STU alumni.

Nora Valentino, BA '87 - At Large Member (Fredericton, NB)
Nora Valentino graduated from STU in 1987 with a Bachelor of Arts in Psychology and returned the following year to take a year of French Immersion. She has held various positions since graduating, but currently works in customer service. When she was a student at STU, she was very involved in campus life. Now as an alumna, she attends many lectures, including the Dalton Camp Lecture, and is a diehard Tommies fan. She joined the Alumni Association as a way to give back to her alma mater.

Melissa Wah, BA'10 - At Large Member (Fredericton, NB)
Melissa is a communications professional who continues to build a career supporting non-profit organizations and government programs. During her time at STU she held several positions on the Students’ Union, sat on the St. Thomas University Board of Governors, and was a member of the grad class committee. She always says the most valuable lesson she took away from STU was the power of community.