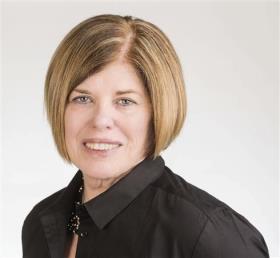 St. Thomas University will be recognizing Elizabeth Weir with an honorary degree at its Summer Convocation on Friday, July 6 at 1 pm at St. Dunstan’s Catholic  Church.

“Elizabeth Weir’s exemplary career of public service, both as a respected parliamentarian and international development expert, will be inspiring to our graduates as she has selflessly worked to strengthen democratic institutions both here in New Brunswick and in developed and developing countries,” said Dawn Russell, St. Thomas University’s President and Vice-Chancellor.

Weir earned a Bachelor of Arts from the University of Waterloo and a Bachelor of Laws from the University of Western Ontario. Before coming to New Brunswick, she worked at York University, the Ontario Labour Relations Board, and the Ontario Ministry of Labour. Entering public life, she served as provincial New Democratic Party leader from 1988 to 2005. She was the party's only member in the Legislative Assembly from 1992 until 2005 and the first female party leader elected to the Legislative Assembly of New Brunswick. Weir had an outstanding legislative career, particularly in the areas of budgetary and legislative parliamentary oversight, and introduced more Private Members’ Bills than any other legislator in the country. She chaired the Select Committee on Public Automobile Insurance and served on Standing Committees for Legislative Administration, Law Amendments, Crown Corporations, Public Accounts, and Privileges and Procedure. In 2005, she was appointed the first president of the Energy Efficiency and Conservation Agency, a provincial Crown Corporation.

Her later career focus has been on international development. She is accredited by the United Nations and is a member of its Democratic Governance Roster of Experts in Parliamentary Strengthening. She has also worked extensively with the National Democratic Institute for International Affairs, a non-partisan and non-profit organization that works in developing countries to increase the effectiveness of democratic institutions. Championing the issue of gender equality in parliaments and political parties she has worked on programs in North and West Africa, Central and South Asia, the South Pacific, Eastern Europe and Northern Ireland with the National Democratic Institute, the United Nations Development Program, the European Union, the Organization for Security and Co-operation in Europe, and the World Bank Institute. She has also served as a member of international election observation missions in Tunisia, Morocco, Georgia and Jordan.