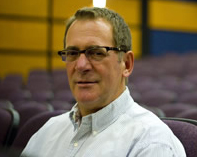 Bill Randall has been with the Department of Gerontology since 1995. With fellow St. Thomas faculty members such as Gary Kenyon, Elizabeth McKim, Clive Baldwin, and the late Rosemary Clews, he has been active over the years in developing a narrative perspective on human development, particularly in later life - what has come to be called “narrative gerontology”.