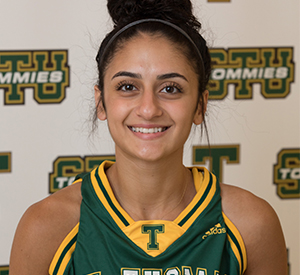 Four STUdent athletes were recognized for their athletic achievements and contributions to the community.

Vanessa Soffee of women's basketball and Christian Christie of men's volleyball took home top athletic honours as the 2020 Athletes of the Year, while Eric Prior of men's soccer and Alexandra Swift of women's hockey were touted for their commitment to academics, athletics, and the community.

Soffee, a second-year point guard from Fredericton, NB, took her game to the next level this year leading the Tommies to a first-place finish in the ACAA regular season. Last year’s ACAA and team Rookie of the Year was named a CCAA All-Canadian, ACAA Player of the Year and ACAA Defensive Player of the Year.

“We have been very fortunate to have some remarkable women and players in our program,” said head coach Fred Connors. “What Vanessa did this year has never been done before in our program. That puts her in with some pretty amazing players and women. She is a tremendous kid with a huge heart. I feel very fortunate that I have gotten to know how great of a person she is.” 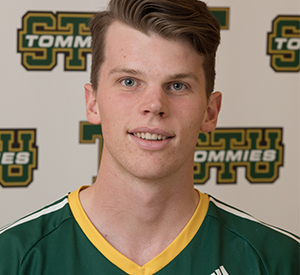 Christie, a perennial ACAA All-Star, also stepped his game up this year leading the Tommies to an ACAA banner.
The third-year outside hitter from Langley, BC was the driving force behind the Tommies ACAA dominance this season, as he was named a CCAA All-Canadian and ACAA Player of the Year.

“Christian is the type of player and person that helps elevate a program to the next level. He really turned the corner this season and became a vocal leader on and off the court,” said Tommies head coach Henri Mallet. “He has been instrumental in developing a culture that embodies hard work and determination. He gives 100% effort towards anything he puts his mind to, and that effort has paid off in the form of numerous accolades this season." 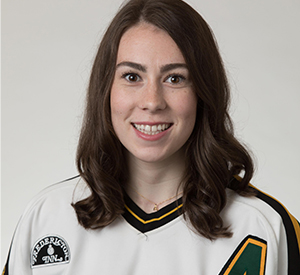 Alexandra Swift, of Ottawa, ON is “a student-athlete that all coaches covet” says women’s hockey coach, Peter Murphy. A two-time U Sports Academic All-Canadian, Swift also contributes in the community. Her commitment to hockey runs between 24-30 hours a week, but she is also the President of the STU Student Athlete Council, helping to organize the STU Food Drive and a hygiene product drive in support of the Fredericton Women’s Shelter and Chrysalis House. She has also logged over 41 hours of community work throughout the year.

“Alexandra is a self-starter who can be counted upon to help plan and execute a fundraising or community initiative,” said Murphy. “Her academics are beyond reproach and she plays a key role on our team as one of our assistant captains. Her contributions to the team over the years have been a key to our unprecedented success over that time. I cannot think of a better candidate for this prestigious award.” 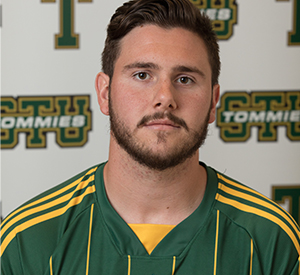 Prior’s final year at the backend for the Tommies proved to possibly be his best. The Ganonoque, ON, native was named a first team ACAA All-Star, the recipient of the prestigious Bob Coe Award, which is awarded annually to the male soccer player in the ACAA who best combines qualities of leadership, sportsmanship, enthusiasm and ability, both on and off the field, and earlier this year was a co-recipient of his team’s Leadership Award. He has also been one of the chairs of #studentsletsact Mental health awareness initiative as well as volunteering with the Harvest Jazz and Blues Festival, Fredericton Marathon and STU Food Drive.

“Eric is the definition of a student-athlete, doing so much on and off the field for his team and the entire STU community,” said Tommies head coach, John-Ryan Morrison. “His lasting legacy has been to raise the bar for every STU athlete who follows in his footsteps on just how one should positively represent the green and gold of the Tommies.”