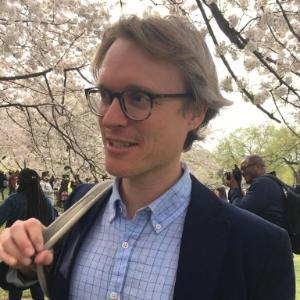 Matthew Hayes is a Professor and has been with the department of sociology since 2009. His PhD dissertation (York University 2008) looked at how certain ideas and values helped shape the technical organization of the economy in the 20th century, particularly through macroeconomics.

A few weeks after his dissertation defense, the stock market collapsed, and the so-called ‘Great Recession’ began. During this time, he became increasingly interested in how the relatively secure middle class in North America was being exposed to new and deeper forms of financial stress, and how cultural values and objective economic conditions increasingly diverged on issues such as labour, economic security, and urban and household forms.

This, in part, led him to his current research project: residential and lifestyle migration of North Americans to Ecuador. As he has argued in his published work, many of these migrants are retirees, motivated by financial stress, and an inability to maintain their livelihoods post-retirement in the United States or Canada.  They exercise a form of transnational utilitarianism, which he refers to as ‘geographic arbitrage,’ the lifestyle equivalent of corporate offshoring.  These new lifestyle practices, he argues, are tied to the restructuring of social class formations and geographies in the Global North, and have profound effects on receiving communities in the Global South, where the potential for further economic displacement and transnational gentrification is high.  He is currently working on connecting this ethnographic work to broader theoretical reflections on the geographies of inequality in an individualist, market-oriented, post-welfare state world.