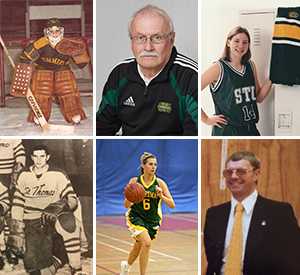 Varsity sports standouts in basketball, rugby, hockey, and volleyball from across seven decades will be the newest inductees to the St. Thomas University Sports Wall of Fame.

“Kirk Firlotte, Susan (Ross) Morkin, Ivan Rideout, Alicia Sterling, Ed Welch, and Larry Wood made exceptional contributions to STU Athletics and represented the Tommie ideals of leadership, dedication, talent and achievement,” said Athletics Director Michael Eagles. “This is a wonderful announcement for the Tommies and a proud day for these storied athletes, coaches and their families.”

“They are among the best from our rich history. They won championship banners, were all-stars, were institutional and conference award winners and will be the newest members of our Wall of Fame, where their achievements will be a permanent and celebrated part of our history. On behalf of the STU community—congratulations! We look forward to celebrating in person in the future and unveiling these plaques at the Grant-Harvey Centre in 2021.”

Over the years, STU Tommie teams and student athletes have earned 356 Academic All-Canadian and 289 CCAA National Scholar designations and 37 ACAA and 2 AUS titles. With these additions, the Sports Wall will have 37 members and five teams enshrined. 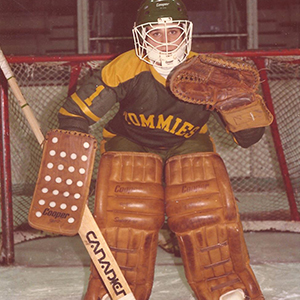 Kirk Firlotte was an outstanding goaltender for the Tommies’ men’s hockey team from 1979 to 1982. He was twice named to the Atlantic Athletic University Association first team All-Conference. In 1981-82, he was team MVP and STU Male Athlete of the Year. Following his university career, Kirk participated in the training camp for the NHL’s New Jersey Devils and was a two-time Canadian Hardy Cup Champion before becoming a coach. He is in the New Brunswick Sports Wall of Fame, Campbellton Sports Wall of Fame, and PEI Sports Wall of Fame as a member of championship teams. He was also inducted as an individual member to the Dalhousie Sports Wall of Fame and Minto Sports Wall of Fame. 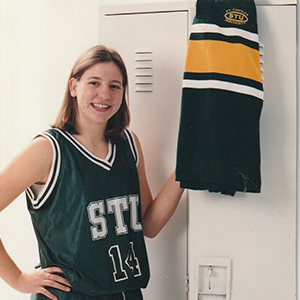 Susan Ross was a tri-sport athlete, competing for the Tommies’ in volleyball, basketball, and rugby and was renowned for leadership and integrity. During five years at STU, she was a three-time MVP for women’s rugby (1996-97, 1997-98, 1999-00) and helped lead them to back-to-back championships in the NB/PEI League. In 1998, the women’s rugby team moved to Atlantic University Sport and Susan powered them to the AUS finals the following year. Despite losing that match, her competitiveness and skill were key to the program’s growth and advancement. Susan was twice named to the Atlantic Collegiate Athletic Association women’s basketball First Team All-Conference. In 1997-98, she was named Tommies’ MVP and STU Female Athlete of the Year, a milestone she would repeat in 1999-00. 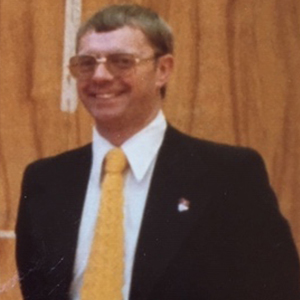 Ivan Rideout was the men’s basketball coach from 1980-1993. His teams laid the foundation for the Tommies’ basketball program and instilled the winning culture that allowed them to have success in the New Brunswick Collegiate League, the Maine State Small College League, and the Atlantic Collegiate Athletic Association. In his first seven years, Ivan coached his team to seven consecutive championships in the New Brunswick Collegiate League. The Tommies then went on to win a State of Maine championship before moving into the Atlantic Collegiate Athletic Association. Ivan was named Coach of the Year in all three leagues—three times in New Brunswick, once in Maine, and twice in the Atlantic conference. During his time as head coach, Ivan and his wife Nancy welcomed many players into their home and he is remembered as caring deeply for his athletes and offering guidance and support in all aspects of their lives. 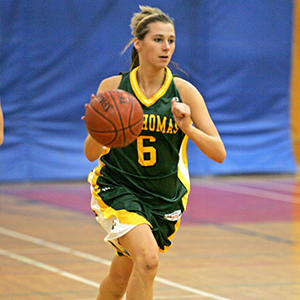 Alicia Sterling was a member of the Tommies’ women’s basketball team from 2005 to 2009. Her exceptional work ethic and athleticism saw her develop into an elite defender while her competitiveness helped her grow into an all-around player. In 2008-09, she was named the team MVP and STU Female Athlete of the Year. In her final season with the Tommies, Alicia led the team in scoring with 14.1 points per game, was second in steals with 3.2 per game, and third in rebounding averaging 5.6 per game. She was the first member of the women’s basketball team to be named the Atlantic Collegiate Athletic Association Player of the Year and a Canadian Collegiate Athletic Association All-Canadian. At the ACAA playoffs, Alicia led the Tommies to their first ACAA championship in over a decade. 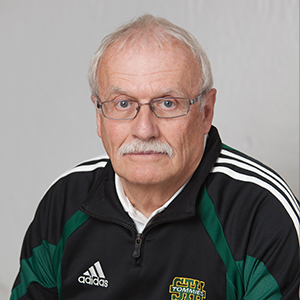 Ed Welch led the Tommies’ women’s volleyball team from 1999 to 2013 and is one of the most decorated coaches in STU’s history. In his fourteen years at the helm, he guided the Tommies to seven Atlantic Collegiate Athletic Association championships. From December 2001 to the ACAA championship final in 2007, he led the team to an incredible 138-game win streak. He was named ACAA Coach of the Year four straight years and was the Canadian Collegiate Athletic Association Coach of the Year in 2005. In 2001, Ed was inducted into the Oromocto Sports Wall of Fame. In 2013, his teams from 2000-2006 were inducted into the STU Sports Wall of Fame. 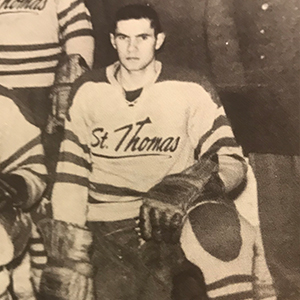 Larry Wood began his hockey career with the Tommies playing for St. Thomas High School in Chatham in 1955 and would finish in 1963 playing for the university. In his first year with the Tommies, Larry helped them reach the Maritime final, where they lost to St. Francis Xavier and he later played a key role on the team that captured the 1960-1961 Maritime College Championship. In the 1960-61 Maritime Championship tournament, Larry scored the game-winning goal against Mount Allison and in the championship rematch with St. Francis Xavier, he scored two goals to give St. Thomas its first Maritime Championship. In 2010, Larry was inducted into the STU Sports Wall of Fame as a member of the 1960-1961 men’s hockey team. He was inducted into the Miramichi Sports Wall of Fame in 2012.